You Are Here: Anja Neuefeind 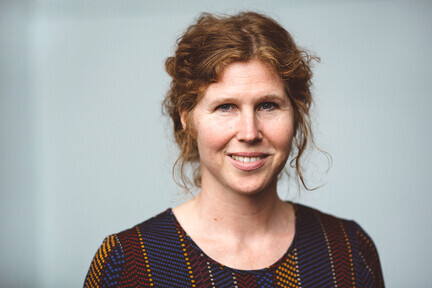 Anja Neuefeind was born in 1973 in Darmstadt. After graduating from high school she completed internships at the theatre behind the scenes, followed by a three-year training as a theatre painter in the painting hall of the Staatstheater Darmstadt. From 1998 to 2001 she studied stage and costume design at the Kunsthochschule Weißensee, Berlin. From 2001, she studied scenography at the Hochschule für Gestaltung in Karlsruhe until 2004, after which she worked as an assistant stage designer at the Theater Freiburg. Lives freelance with her family in Dortmund and has been working in Aachen since August 2008 at the Department of Visual Design.