Skip to Content Jump to Main Navigation Skip to Search

You Are Here: Christopher Rotman 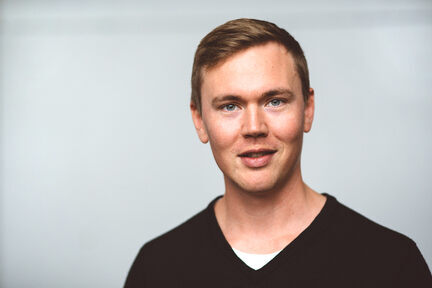 Chris Rotman was born in Cologne in 1990. He graduated from the Waldorf School in Cologne in 2009 and then completed nine months of community service in Dormagen near Cologne. He completed his Bachelor's degree at RWTH Aachen University from 2011 to 2014 (Bachelor of Science 2014). From 2015 to 2016, he worked for Steven Holl Architects in New York City. From 2016 to 2018 he completed his master's degree at RWTH Aachen University. During his master's studies, he worked as a student assistant at the Chair of BAUKONSTRUKTION. In 2018 he received the German Steel Construction Award for the project "Fernbusterminal West" (with Niklas Roth). In 2018 he received his Master of Science with distinction.

Since September 2018 he has been a research assistant at the Department of BILDNERISCHE GESTALTUNG - now Department of Visual Arts.